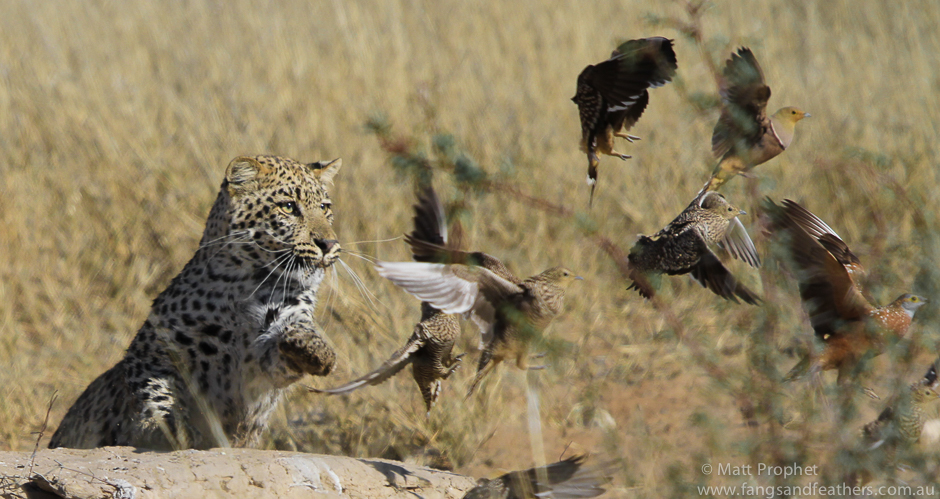 While travelling along the dry Nossob River bed in the Kgalagardi Transfrontier Park, leading a small group , I was very fortunate to observe and photograph a young male leopard catching Namaqua and Burchell's sandgrouse in mid-flight. It was a very special wildlife experience that we where very lucky to see.

Over the course of an hour, the leopard made five successful jumps, into mixed flocks of sandgrouse and on one occasion a Namaqua Dove was caught. The action was intense, and the young leopard would make regular, vertical jumps into the air to catch incoming birds. On some occasions he would make lightning quick dashes from his cover and catch sandgrouse and doves which had settled to drink, completely unaware of his presence. All this took place about fifty metres from where we where parked at the waterhole. 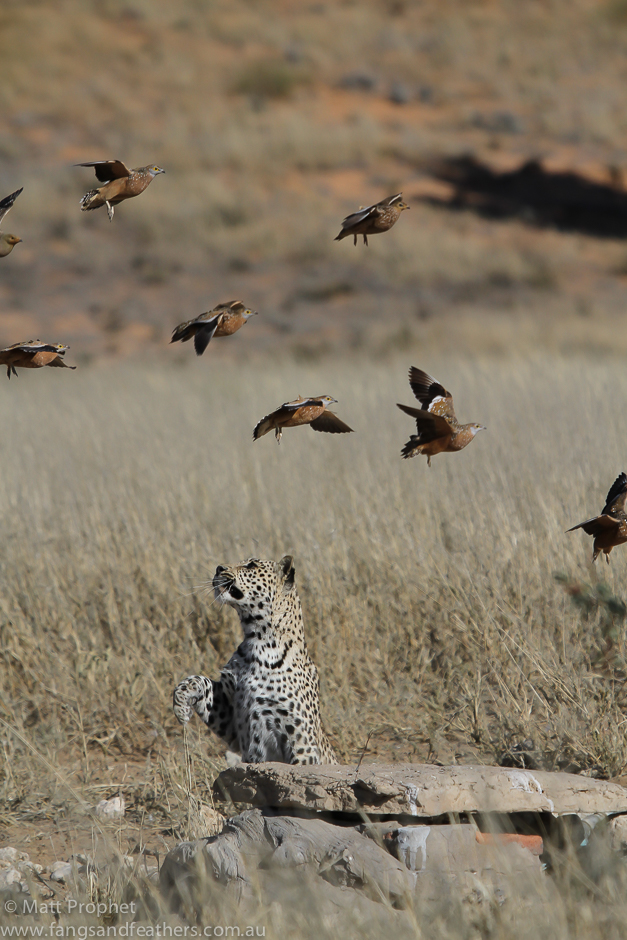 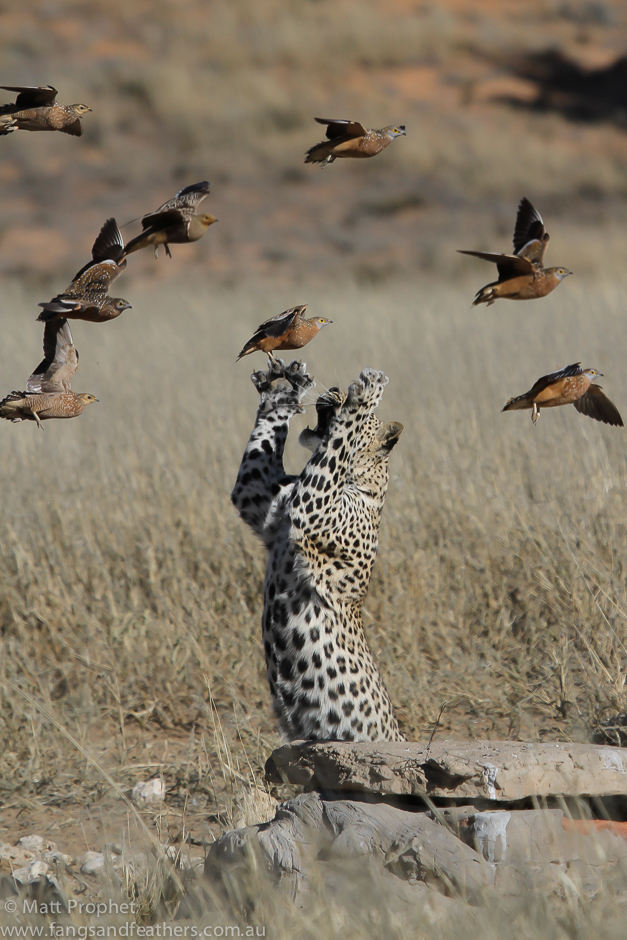 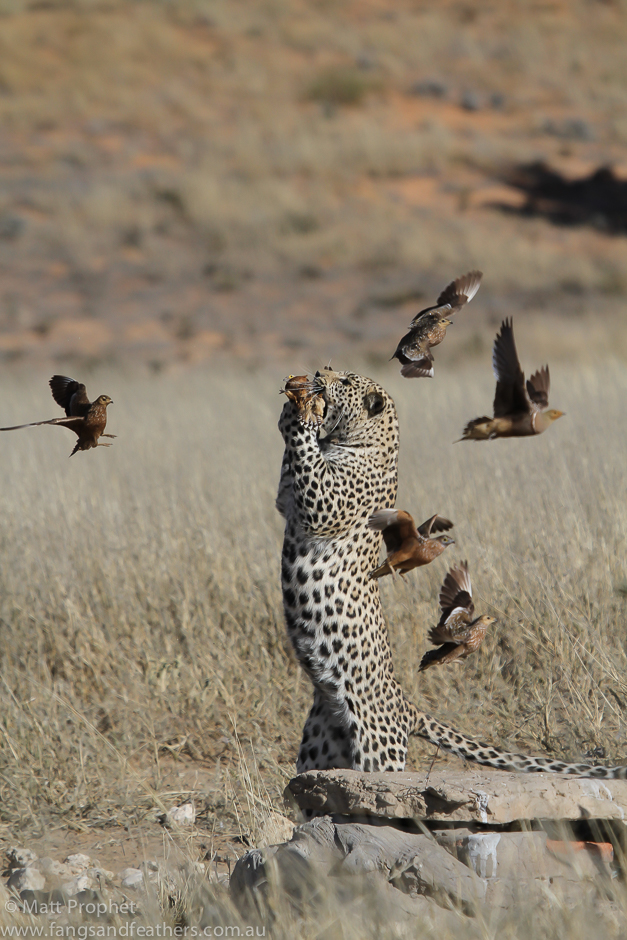 The leopard bites down to kill its prey

Some of the birds were not killed immediately and on a couple of occasions, Kagiso, as i eventually learned he was locally known as, would regularly pursue wounded sandgrouse as they attempted to escape through the grass.  These attempts where futile and the birds where recaptured and carried back to his growing pile of poultry. 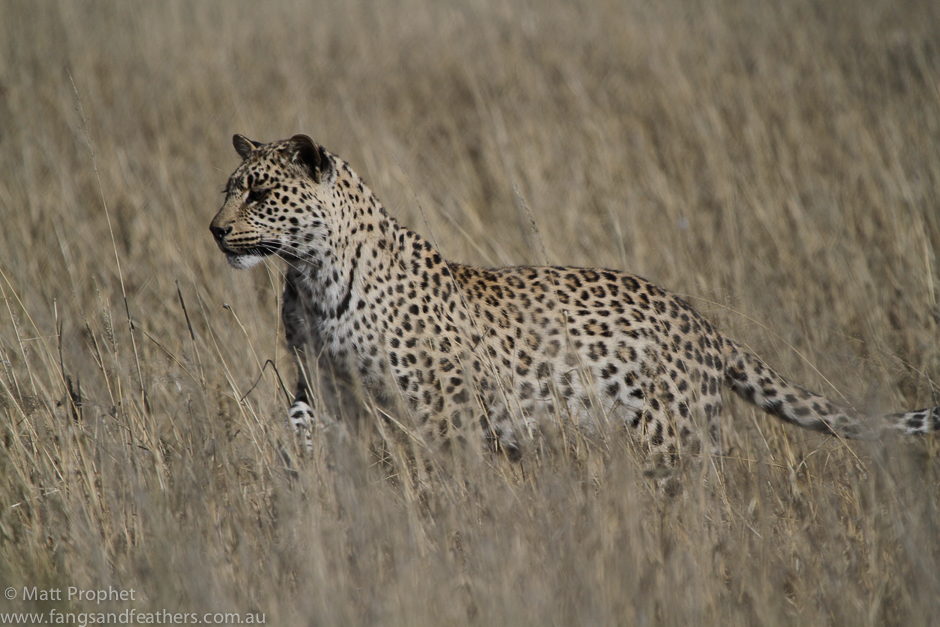 The leopard chases an wounded sandgrouse

As the morning wore on, and the shadows shortened, Kagiso became more visible to the circling flocks of sandgrouse which now detected his form in close proximity to the water hole which they needed to drink from. They would no-longer land to drink and aborted their attempts to drink and diverted to a diffrent water source.  At this point the young male began to eat the birds which he had caught, whereafter he walked past our vehicles looked at us through the open window and dissapered into the red Kalahari sand dunes.