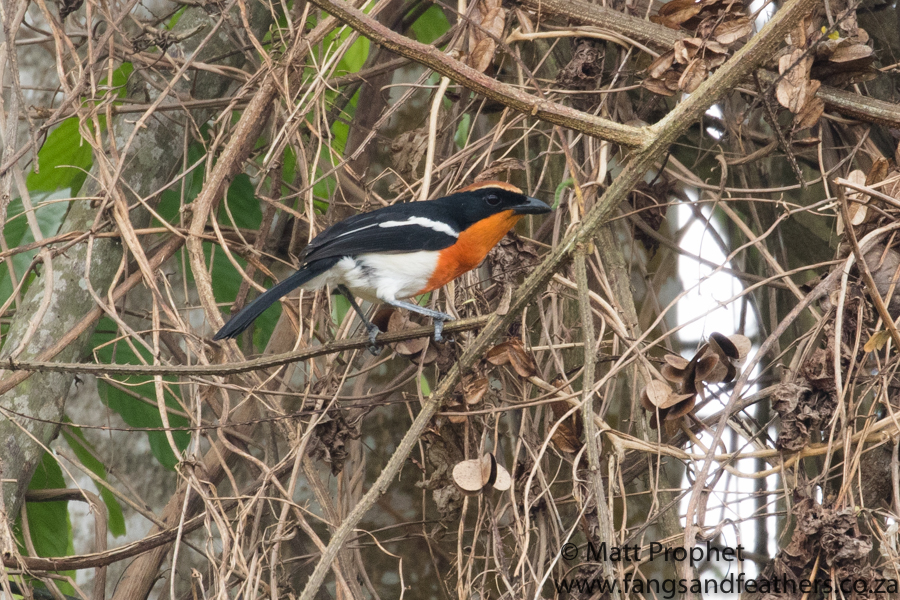 Birding in Angola is an adventure filled with exciting endemic birds and large number of African equatorial and savannah species for your life-list.  Join us on an unforgettable birding tour to see specials such as the sought after Red-crested Turaco, Braun’s Bushshrike, White-headed Robin Chat, Swiestra’s Spurfowl and many more.

Cost: Quoted per person in USD$. The trip can be booked on shared or single room basis. Please note these prices are valid until April 2021 and are likely to increase thereafter.

Larger groups can be accommodated and will be quoted on enquiry.

Health: Malaria occurs throughout Angola, so prophylactics are necessary. You must obtain a Yellow Fever inoculation prior to departure.

Weather: The summers (November to March) are hot upwards of 30°C. Winters (May to August) are cool to warm, with temperatures reaching mid-twenties. Expect rain for trips in November.

Group size: preferably 1 to 6.  Larger groups can be accommodated and will be quoted.

Departure and finishing point: Start Luanda, finish Lubango. You then catch the domestic flight from Lubango to Luanda for your outbound flight to your home country.

Accommodation: Medium class style hotels and guesthouses. Some of our accommodation venues are rustic. Tourism is in its early stages and the sector is developing slowly. Accommodation is well serviced and clean. We ask our clients to measure their expectations in terms of service, since the country has experienced decades of turmoil. Angola runs to its own beat and it’s a destination where one needs to accept this prior to a visit, which will prove to be extremely rewarding.

Breakfasts are typically packed, as there will be early morning starts where we travel from our accommodation to the key birding areas. This is because no lodges have been developed in these areas yet.

Dinners are served at our overnight accommodation and usually have the typical Portuguese flair. Common options include chicken, beef or fish. Green salads are served with most dinners, as are steamed vegetables such as potatoes and carrots.

Typical day: 5:30 departure to birding area, which can take up to an hour to reach. We spend long hours birding the areas we visit. Most of this is done by walking short distances along forest paths and tracks, or from a good vantage point. By midday the birding activity slows down and we will probably relax for a couple of hours during the lull, while we have a bite to eat. When the birds become active again so do we and we will bird again for additional species. We depart the birding area in the late afternoon, since it is against our policy to drive on African roads at night.

Please note that this is a birding adventure, as Angola is in its early stages of eco-tourism development. It is possible that there will be unexpected delays in travel and services and availability of certain foods on menus. We will do our best, as always, to ensure that your requirements are met. If you have a passion for birding the less visited areas of the world where life and culture is completely different to that of western societies then this trip could be a good one for you!